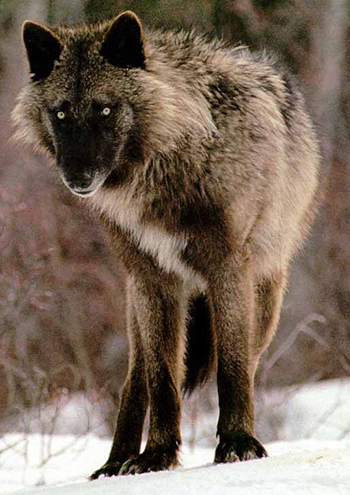 Born and raised in small-town Colorado, Laika has always been surrounded by her family’s expansive pack.
In an attempt to break free from her mother’s Path of the Wild obsessed lifestyle, Laika moved to California and attended college at UCLA. Earning a double major in Communication and Sustainability, Laika set her eyes on working for the big eco-friendly corporations cropping up throughout LA. After several failed internships, Laika fell back to her part-time gig at her uncle’s company, Moon Beans Coffehouse.
Since then, she has worked the early warehouse shift and Moonlighted in the evening with her packmate. 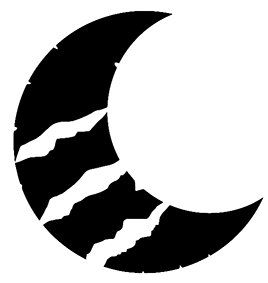 What dessert can she not say no to?
Cream Puffs, the perfect blend of fluffy pastry and cream is an instant easy win with Laika

What major would have she been if she had gone to college and got to pick?
She did go, and she picked… but she wish she had picked something cooler and more interesting. She low key really liked her Magical Studies classes and was a little sad she didn’t get to continue studying due to… wolfy lack of magic.

Most embarrassing Memory?
During one of Laika’s earliest runs, she realized how fast she could run and took off ahead of her parents. Being young and dumb, she ran far faster than she should’ve up a winding path and ended up skidding over the side of the cliff. She crashed in a heap of broken bones at the base, and while she did heal after being hauled home, the nose she smashed against the rocks never seemed to work as well after.

What is her biggest fear?
That she’ll admit? Spiders. Tala has to handle any in the house.
That she’ll take to her grave? She is terrified of forgetting people close to her or being forgotten by them.

How does she usually like to be comforted when she is sad or upset?
Ice cream on the couch with the pack and dumb movie covers all the bases; physical affection, food and distraction. If she’s on her own, or upset at the pack, she goes for a run.

What’s her favorite thing she owns?
Most recently, she’s very, very fond of her bracelet.
Aside from this she has a blanket she “stole” from home. When she’s feeling homesick, she’ll bundle up and enjoy the faint smell of home. After Tala started going to Colorado for holidays, she relented to share the blanket with her.

I*f money was no object, what would she buy?*
A motorcycle. Tor’s is really, really shiny and cool, and the being mobile would be nice. (Alternatively, a car or something)

What does she do when no one else is around?
When alone, Laika tends to fill the air with noise whether its humming, singing, or reading aloud. Its not that she doesn’t like silence, but the noise helps her focus.
She normally stops whenever she hears someone, but Tala has found her more than once absorbed in some book or project humming along.

Where does she want to travel the most?
Tanzania, specifically the Serengeti National Park. She’s fascinated with how different the wilds are, and would absolutely want to race a cheetah if left to her own devices.

If she was going to get a tattoo other than her Pack Tattoo, what would it be?
Most likely names, initials or dates relating to important people. She only hasn’t tattoo’d Tala’s name and the Primal Claw founding date because the Pack Tattoo pretty much covers that as a reminder.

Does she want to have kids one day?
Laika adores “tiny wolves” and if she actually thought about it, would love to have her own. But kids mean guy and commitment, so that is shoved far far out of mind.

What’s her go to dish when she have to make dinner?
Soup, any variety but chicken noodle and its variants is probably her go-to. Its hard to mess up soup!

What’s the worst she has ever been physically hurt?
The recent holidays have taken the cake, but prior to this, she had been gored pretty badly on a boar hunt with her mom. Laika was rather disappointed when none of the wounds scarred, and thought the days she spent in bed were wasted without at least a cool scar for the pain.

Who was her very first crush?
Ash McKay, a childhood friend who moved away when she was in 7th grade.

Who did she loose her virginity to?
Felix Miles, her senior year boyfriend.

What foreign language would she want to master?
Latin, generally useless and not helpful in the grand scheme, but great for delving through old books.

Does she believe in soulmates?
She absolutely does, but only will admit it after much alcohol and needling from Tala. With parents like hers its hard not to believe in it, but she’s not confident on how you can tell if you’ve met yours.

What is her most hated chore?
Making the bed, she see’s zero point when its just going to get messed up again.
Folding laundry ranks pretty high, and she’s a fan of the “laundry basket on a chair” method

When she can’t sleep, what does she do?
Go for a walk, or if environment permitting, a run. Fresh air will clear your head and exercise will tire you out.
When she can’t get outside, she tends to pace and fuss with organizing shelves.

Sushi Yes or No?
Yes

Favorite pizza toppings?
All the Meats

Favorite flower?
Tulips, but given all her jokes, Orchids are growing on her

Favorite type of weather?
Cloudy with a good breeze